Plan To Do Something Fun

Over half our lives are spent working. Day in and out we grind eight hours and often 40+ hours a week. For others, it’s a hard day’s night and we end up working like a dog. So take a break and enjoy life. Plan something fun and just do it.

Automotive is another passion of mine. I remember passing the wrench to my dad as I watched him perform general maintenance on all his vehicles. He rarely took his cars into a shop. In high school, my first car blew a head gasket and instead of paying a mechanic $2k to fix the issue I did the work myself.

Working on cars can be fun, but what’s better is driving something you’ve fixed or built yourself. Later in college I owned a Nissan 240sx and wanted to attend one of the first Formula DRIFT events being hosted in Chicago. I didn’t make it and regret not going.

Drifting is a controlled technique in which the driver forces a vehicle to oversteer (slide the rear end out) through a turn.

Fast forward 20 years later… I decided to take a break on our builds to comb through the latest Formula Drift schedule. To my surprise, nothing was happening near our neck of the woods in North Carolina a state known for racing. So the next best thing was to look for local drifting action due to my unwillingness to travel out of state during the COVID era. To my amazement, I found a few tracks close to Raleigh/Durham that host regular drift events.

Here’s a google map with details on drift events in and near North Carolina:

I marked my calendar for the next event hosted by Triad Street Scene at Piedmont Dragway. The best part was my family also planned to be in town. Car culture runs deep en la familia, so everyone was down for a road trip. I packed up all the camera gear and off we went. The first outing wasn’t a full-blown drift event, but there was a burn-yard pit setup for burnouts and light drifting. Some cars performed your standard burnout, but a few others drifted around the pit. It was epic!!!

And just like that, I couldn’t get enough. I later attended a full-blown drift event at Piedmont Dragway hosted by Piedmont Drift. These aren’t your typical pro drift drivers running $30k+ drift cars. It’s just your average RWD (rear-wheel drive) cars drifting through a number of twists and turns. This was some straight-up “Grassroots Drifting”.

What is Grassroots Drifting? Grassroots Drifting is a gathering of local ordinary folks who share a common passion for drifting. The grassroots drifting movement is not about profiting or competing, but about having fun while drifting no matter the experience level or budget.

We then made our way to Rockingham Speedway a once abandoned NASCAR track. MBDrift, a local grassroots group has taken up hosting regular drift events at the track. We have yet to visit Southern National Motorsports Parkway or Virginia International Speedway, but plan to soon as we just started building our very own budget drift car. Stay tuned for more. 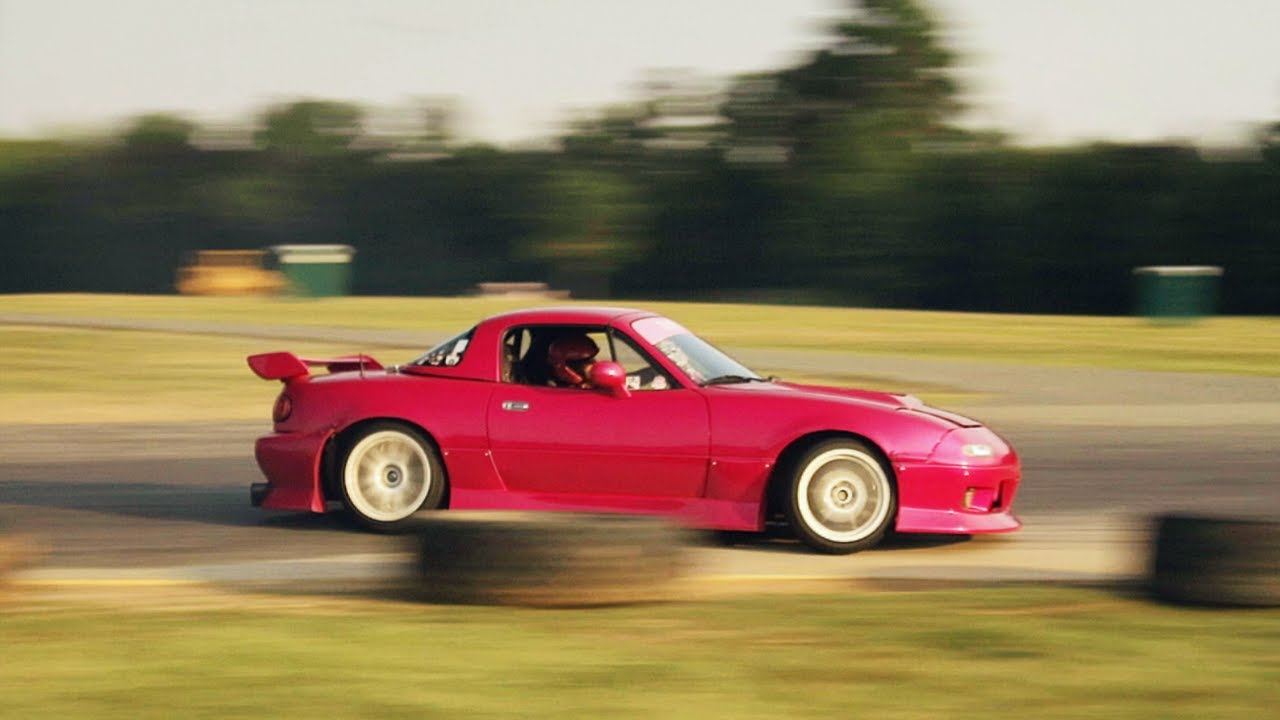